The cave is formed in a Triassic limestone massif. It is situated in the watershed of the Nishava River. The denivelation between the river and the cave is 130 m. There is car access at about 100 m from the cave entrance. The entrance is in a large sinkhole overgrown by trees. After rain it might get slippery and a hand line can be useful.

The character of the cave is descending with small vertical passages. The cave starts with a steep large gallery. Its floor is covered with large stones. After 70 m a small brook appears in the gallery. The gallery follows the brook forming a narrow and high diaclase reaching up to 8-10 m above the ground. On the right side of the gallery there is passage that starts with a horizontal traverse, requiring a rope, which later ascends vertically at a height of 6-8 m. At the 112 m there is a narrow passage on the left in the direction of the entrance and to the right is an old dormant upper level (floor). The floor of the main gallery is covered with many small sinter lakes.

Moving in the cave is mainly done by using back and legs or hands on the opposite walls of the meander (chimneying). Before reaching the bottom, above the small lake called “The Parachute Jump”, there is a horizontal rope passage about 10 m long. Right after that are the remains of the Cactus – a uniquely beautiful speleothem, unfortunately broken in pieces. The cave ends with a vertical narrow passage and a siphon. The cave water outflows via a small source near the village of Berende Izvor, which flows into the Nishava River.

Complexity of the cave: average

Equipment for the cave
Standard equipment for the horizontal caves such as overall, source of light, helmet, and rubber boots are obligatory. A harness or safety belt or “cows tail” with two karabiners and top ascender for self-belay might be handy too for the rope passage.

Other
Getting wet is quite likely during the walk in the cave so be prepared with some dry clothes and underwear to change outside. Food and water are required for whole day as there are no restaurants or fast food shops near the entrance.

Departure time
9 am from the Red Cross National Training Centre 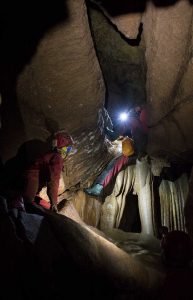 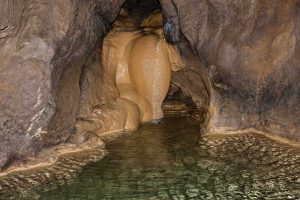 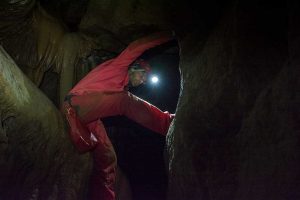