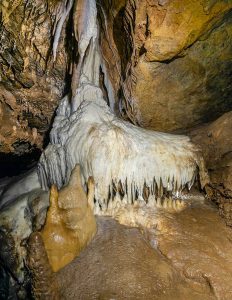 “Duhlata” is the longest cave in Bulgaria. It is a complex maze cave system, with multiple entrances, spreading on six levels and the total length of its galleries is more than 20 km. It is located in the karst area in Vitosha Mountain, close to the village of Bosnek, near the city or Pernik.

The terrain in the area is mountainous at an altitude hovering around 900-1000 meters.

7 underground rivers cross the Duhlata Cave, proven to connect with the Struma River, whose source is located at 2246 meters above the sea level, some 250 meters south of the the summit of Vitosha Mountain – “Cherni Vrah” (2290 m). Each of these rivers has formed its own passages and parts of the cave that interconnect with separate, usually single connections. All rivers flow into the “The Big River” and reappear on the surface above the karst spring “Gornata Cheshma” [translated as The Upper Spring] in the village of Bosnek.

Researchers found 22 cave species in the cave, including 6 species of bats. The cave hosts a wide variety of speleothems.

[The names of the galleries are meaningful and are given in English in square brackets following the transliterated version: The Old Entrance – The Pee Hall – The Sinter Cellar – Fairy Tales]

Complexity (for each of the routes)
The routes are listed starting with the easiest – 1 to the most complex – 4.

Other
Participants must have a bottle of water and energy bars. There is a restaurant in the village, which offers warm meals, but closes in the evenings and is an option only if the group exits the cave by 8 pm.

Departure time
9 am from the Red Cross National Training Centre (or earlier, depending on the agenda).

Photos from the cave by Tzvetan Ostromski and Boyan Shanov. 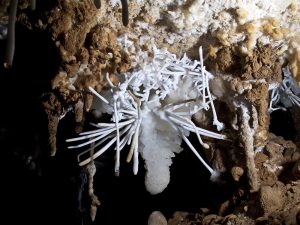 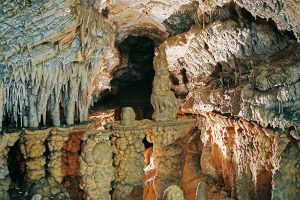 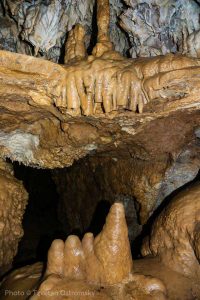 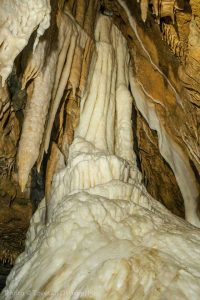